Richard Ventura – Vice President of Strategy at NEC Display Solutions of America, Inc. and Chairman of the Board of Directors for the Digital Signage Federation (DSF) 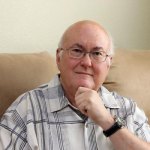 All begin the show talking about the Digital Signage Federation (DSF), of which Rich is the Chairman of the Board, and Alan announces some of the people newly elected to the Board – including one person who is on this show. Alan expounds on the DSF as former chairman, as well as being a long time educator, and later Rich has a special announcement where Alan’s long time involvement is concerned. Stephanie also talks about the DSF and her involvement.

Andrea then talks about the Women of Digital Signage group, co-created by Megan Dutta — in his 16:9 article Dave Haynes states the following:

I don’t think the gender seesaw will get balanced in my working lifetime, but it is s  l  o  o  o  o  o  w  l  y changing. You have, for example, the industry’s primary trade show being directed by Andrea Varrone, and several companies, like Wovenmedia, Enplug and ClearLED, being run by women

Katye, Alan and Stephanie also add to the discussion.

Stephanie begins discussion about what’s happening at Broadsign, talking about a focus on sales tools and additions to their tech stack for 2018. She also talks about where the AV industry is going concerning digital signage, and Lauren adds to the discussion being from the commercial AV side. Rich then talks about the DSF, the digital signage industry, NEC and also follows up on AV, digital signage and display perspective. There’s some “connected” discussion here too.

Rich starts the trade show talk with ISE 2018 and the technologies there, as well as how he’ll be getting around the show. In the midway there’s the beer talk, and we also find out who our designated podcaster is. Call him Scooter.

We also talk about a hall of fame induction – you do have to hear this discussion. Rich also makes that special announcement here.

We turn to Andrea who discusses this award as well as industry support, and then DSE 2018, as she briefly discusses the show and what will be taking place there – and more to come on The AV Life prior to the show. Stick around as Alan closes up with some important commentary on digital signage including content, analytics, IoT, the DSE, DSF and the Digital Signage Experts Group.

Sit back, plug in and enjoy this show with leaders in the digital signage industry as we live…

The AV Life is on iTunes and Android.

2 thoughts on “The AV Life Episode 63: The Leadership Series (# 2): Leaders in the Digital Signage World”