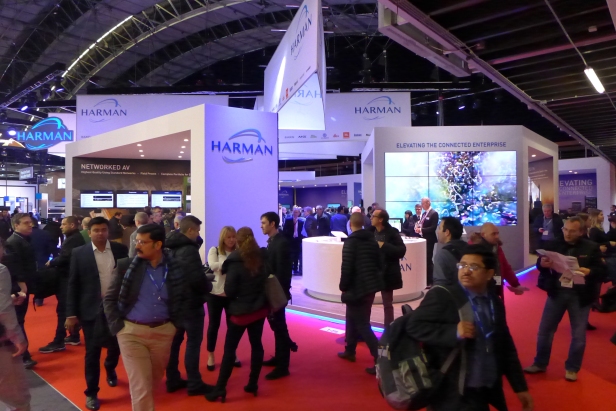 After a big day of new product announcements prior to day one of ISE, including new AMX solutions, Harman Professional reported large crowds at their booth (during what looks to be a record-breaking attendance at the show). While I know that many manufacturers had large crowds at their booth, there was indeed major buzz drawing the attendees to the Harman booth. Along with their well-known video, audio, control and networked AV solutions, this buzz was about their new AMX Acendo products – the AMX Acendo Core presentation and collaboration solution, Acendo Vibe Conferencing Soundbar and the Acendo Book scheduling panel.

There are those who have been inquiring, after news throughout the last few months concerning Harman, about AMX and what would be happening with the brand. Harman Professional was certainly saving the product releases for the global industry’s biggest platform, and it appears to have been met with a very big response in turn.

Harman’s Day One Acendo buzz was also about tweets – here are some of those they selected (Convergent AV made the list too):

Knowing the company as well as I do as a leader in Pro AV (including networked AV), I had no doubt that Harman Professional would be ready to bring the AMX brand big to ISE along with their other pro solutions.

Some day one pictures from the Harman booth: 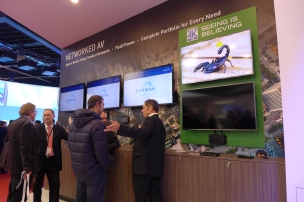 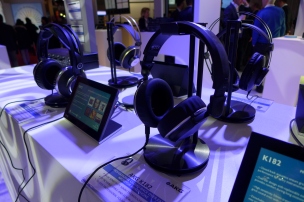 All photos provided by Harman Professional

Other product announcements (along with Acendo) can be found here.

Find out more about Corey Moss on LinkedIn and Twitter.